There is growing concern that Ethiopia’s prime minister has failed to address rising ethnic tensions and violence. 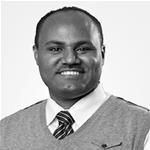 On April 2 last year, Abiy Ahmed took over the premiership of a country on the brink of a major catastrophe. Three years of incessant protests across the restive regions of Oromia and Amhara, increasing ethnic violence and a deteriorating economy had brought Ethiopia to the verge of collapse.

The ascendance to power of a young, reformist leader, who was delivering a message of unity, prosperity, justice and peace, gave Ethiopians from all walks of life reason to become optimistic about the future.

For a while it seemed like the new prime minister, the youngest to hold high office in Africa in recent memory, was living up to the people’s expectations and more. Political prisoners were released, a landmark peace deal was signed with Eritrea, important political and economic reforms were put in place, and corrupt officials and human rights abusers were punished. Abiy’s initial achievements made many Ethiopia watchers believe the country was finally departing from the age-old politics of authoritarian survival.

While much progress was made on many fronts in the first few months of Abiy’s premiership, some deep-rooted challenges, such as ethnic tensions and internal displacement of peoples, continued unabated. Fortunately for Abiy and his new administration, many across the political spectrum preached patience and the citizens agreed that meaningful change would take time to implement. As a result, the support for the prime minister remained high.

However, a year into Abiy’s first term, public trust in the government seems to be in decline. Ethno-nationalists from different groups are continuing to defy the prime minister’s calls for pan-Ethiopian unity, keeping the possibility of conflict alive in several regions, as various groups continue to demand the right to form their own states under the federal system.

Issues such as displacement and home demolitions in the area around Addis Ababa, which caused ethnic tensions, mass protests and violence in the past, remain unresolved. People living on the outskirts of the capital are still being displaced, as their houses are being demolished without the due process the constitution affords them.

Instead of working to resolve these issues, ethno-nationalist Oromo politicians and officials, undoubtedly emboldened by the fact that an Oromo is now heading the federal government, are exacerbating the situation with inflammatory statements aimed at placating their ethnic group.

At a March 31 conference, Lemma declared his words were taken out of context and emphasised that he believed in “Ethiopian unity”.

Meanwhile, tensions in the West Guji district in Oromia region remain high. Thousands of ethnic Gedeos, who fled the area last year to escape ethnic violence at the hands of Guji Oromos are still languishing in  refugee camps across the country.

The Oromo Liberation Front (OLF), which had been active in the region, made a deal with the federal government to lay down arms last year, but there have been reports that certain factions are still armed and in control of certain parts of Guji. The government for months has tried to downplay the power OLF still holds in certain parts of the country but locals continue to report attacks.

OLF members were also allowed to return from exile in Eritrea last year, which caused major unrest in Addis Ababa’s suburbs. Violence unleashed on minorities there killed 23 people in September. Today many people in the area live in fear of ethnic mob attacks.

Self-administration and statehood demands by the Sidamas, the largest ethnic group in the region, and rising Sidama nationalism have caused great tension. Last summer, 15 people were killed in clashes between the Sidama and Wolaita groups. The regional capital, Hawassa, once a budding tourism destination with a rapidly growing industrial scene, is no longer a peaceful city. Although Abiy’s administration attempted to hold officials who failed to control the violence in Hawassa accountable, such efforts are yet to ease tensions.

The violence over the summer last year displaced some 1 million people in southern Ethiopia alone.

In the north, new and old conflicts across the North Gondar zone in Amhara Region have displaced tens of thousands of Amharas, as Kemants have made demands for self-administration. Tensions between the Amhara and Tigray regions are rising over border disputes. Meanwhile, the Tigray People’s Liberation Front (TPLF), which dominated the country’s ethnic coalition for over 27 years before Abiy’s ascent to power has become a political entity that defies the federal political order.

All this is happening under Abiy’s watch and he does not appear to have a plan to bring the country back on track. As a result, Ethiopians are running out of patience and many prominent politicians, activists and journalists who had previously voiced their support for the prime minister’s reform agenda are now questioning it.

The first is the belief that Abiy is a politician only interested in empowering his own constituency – Ethiopia’s largest ethnic group, Oromos. Thus, the people who carry this belief argue that the prime minister is simply using words of unity as a cover while working to replace the old Tigrayan minority domination with the absolute hegemony of the Oromo majority.

The second, on the other hand, is the belief that Abiy’s reform agenda is being hindered by the radicals in his own party who he cannot control. The people who hold this view insist that with a national election looming in just over a year’s time, Ahmed has no choice but to appease extreme Oromo ethno-nationalist activists and parties. Doing so, they contend, will permit him to claim an electoral victory that would give him a broader constitutional mandate and help his long-term reform efforts.

There is no way to confirm whether either of these points of view reflects the reality on the ground. However, one thing stands clear – not everything in Ethiopia is going well and some Ethiopians are increasingly concerned that their reformist prime minister may have misplaced priorities.

Since he came to power, Abiy has been working hard to change the political narrative across the volatile Horn of Africa region. After successfully forging peace with Eritrea, he started making moves to encourage political and economic integration in the wider region. He attempted to broker diplomatic negotiations between the President of Somalia and the de facto state of Somaliland in Addis Ababa. He also attempted to resolve the offshore rights dispute between Kenya and Somalia.

All these efforts, which helped him strengthen his reformist image abroad, did not sit well with the Ethiopian public. Citizens, who are still suffering as a result of ethnic conflicts, started to question whether he is more concerned with his image and his legacy than the immediate needs and the wishes of his people.

Abiy Ahmed should indeed be applauded for his considerable achievements. However, it also needs to be acknowledged that, after a year in power, his reform agenda is getting off track. Hence, if he wants to hold on to his image as the man who changed it all for Ethiopia, he needs to reconsider his priorities and focus on resolving ethnic conflicts, reining in ethno-nationalists and protecting innocent civilians.

The views expressed in this article are the author’s own and do not necessarily reflect Al Jazeera’s editorial stance. 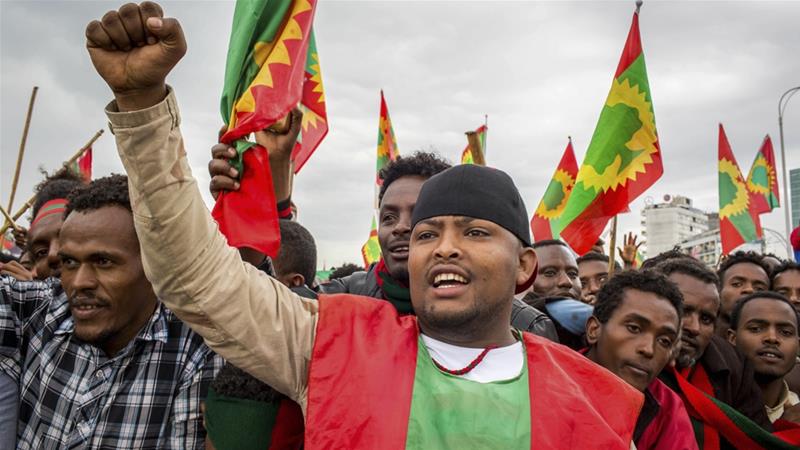 Is Ethiopia on a path to inclusive democracy?

Yohannes Gedamu is a lecturer of Political Science at Georgia Gwinnett College in Lawrenceville, GA, US.

This site uses Akismet to reduce spam. Learn how your comment data is processed.